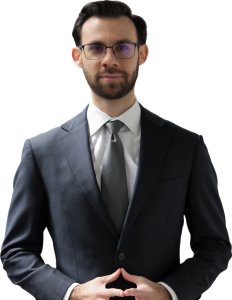 Angelo Tzivas represents individuals, corporations, municipalities, and school districts. His practice includes civil litigation, in addition to advisory and transactional work. Angelo practices in the areas of labor and employment, school law, corporate, administrative law, civil rights, consumer protection, construction, real estate, insurance coverage, trademarks, and general liability. Angelo has successfully litigated cases in various courthouses throughout the State of Illinois, in the United States District Court for the Northern District of Illinois, before the Illinois Civil Service Commission, before the Illinois Court of Claims, and in arbitration.

Angelo received his Bachelor of Arts degree from the University of Illinois Chicago (“UIC”), in May, 2014. While at UIC, Angelo was elected to serve as Speaker of the Assembly of the Undergraduate Student Government, where he represented the interests of over 16,000 undergraduate students. At UIC, Angelo also served as Co-President of the Hellenic Students Association, Vice President of Tau Kappa Epsilon, Member of the UIC Student Conduct Board, and Member of the UIC Faculty Senate. In 2014, Angelo was inducted into the prestigious University of Illinois Alumni Association Activities Honorary Society, and was also awarded the Chancellor’s Student Service Award.